On Tuesday, May 31, 2022, the AHT Rottenmann company fire brigade invited to the vehicle blessing of the new HLF2 (auxiliary fire fighting vehicle) at the equipment house on the AHT factory premises after a postponement due to corona.

At the beginning, deputy commander Stefan Hofbauer reports the team that has arrived to the area fire brigade commander Oberbrandrat Binder. Commander HBI Heinz Fessel was able to welcome numerous guests of honor during his speech. He was able to welcome Rottenmann’s mayor Günter Gangl, AHT management with CEO Martin Krutz and COO Jörg Schwarz and Gabriele Hackl from crisis management.
On the part of the fire brigade, the guests included area fire brigade commander Oberbrandrat Reinhold Binder, section commander Gust Gassner and fire councilor Michael Wolf as representatives of the company fire brigades in the Liezen district. In addition to the team from the AHT company fire brigade, the commanders and deputies of the Rottenmann Stadt, Singsdorf-Edlach and Bärndorf fire brigades were also present.

After the welcome, Pastor Mag. Johann Huber conducted the blessing of the new emergency vehicle. Commander HBI Heinz Fessel explained the technical data of the vehicle and the procurement process in a short report.

This was followed by the greetings from the guests of honour, which were opened by CEO Martin Krutz. HBI Heinz Fessel was also honored during the celebrations. For his 20th anniversary as commander of the AHT company fire brigade, Martin Krutz presented him with a cake. The highlight of the celebrations was when CEO Martin Krutz handed over the vehicle keys to HBI Heinz Fessel. Afterwards, AHT invited all guests to the visitor center for a cozy conclusion. 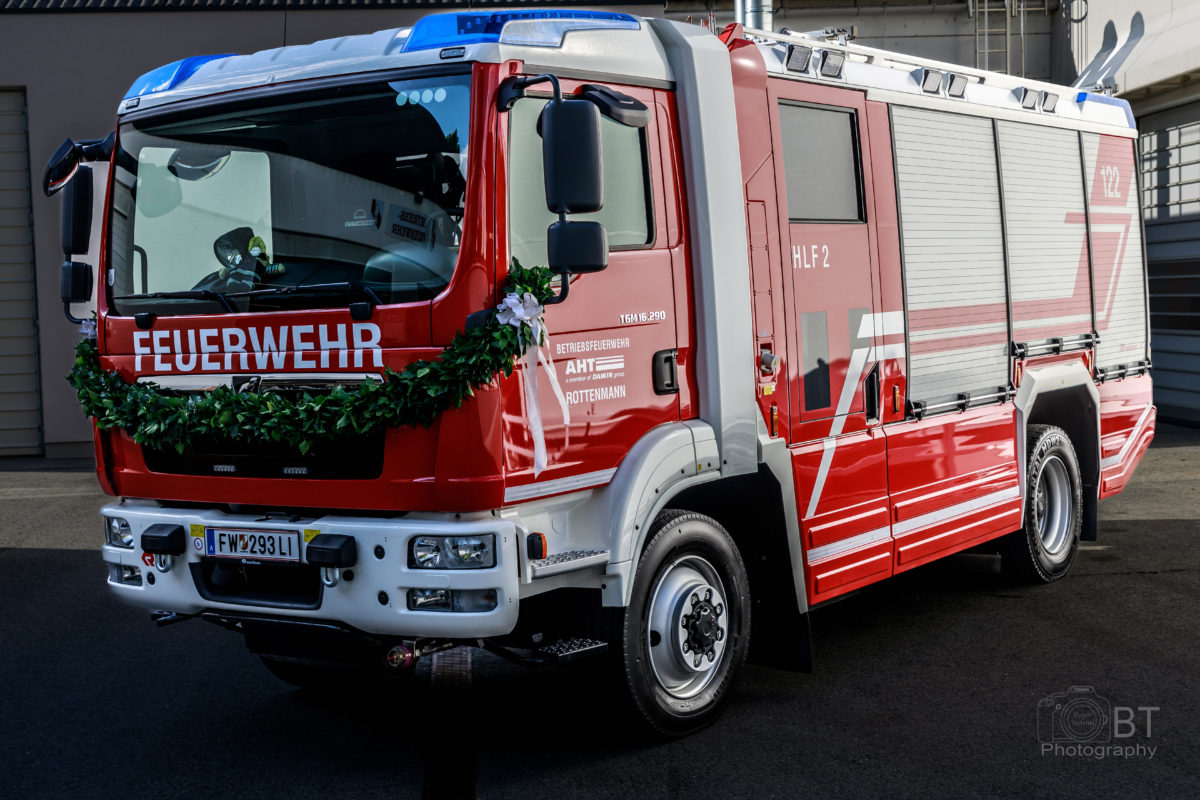